The voyage that saw him and his crew discover the North American mainland – the first Europeans known to do so since the Vikings – took place in 1497, five years after Christopher Columbus‘ discovery of the Caribbean. In May of that year, with the support of the Tudor King Henry VII and a  group of Bristol merchants, he sailed west from Bristol on the 70ft. long “Matthew” (= Matteo in Italian, he named it after his wife) with a crew of 18, hoping to find a westerly route to Asia and its spice trade. One of his main backers was the Sheriff of Bristol, Richard Amarke, who  asked that any “new found lands” should be named after him in return for his patronage.

On 24 June, 34 days after leaving England, Cabot sighted land – which he mistakenly believed was Asia – called it “New-Found-Land” and claimed it for England. He and his crew  brought back several pieces of evidence of their voyage, including a needle for making nets, a snare for catching animals, and the jawbone of a whale. Cabot returned to England and presented his findings to King Henry.

In May 1498, he set out on a further voyage  from Bristol, with a fleet of 4 or 5 ships. His goal? To discover Japan. However, the fate of the expedition is uncertain – one of the ships returned storm-damaged to Ireland. The others were never heard of again. It’s thought that Cabot eventually reached North America but never managed to make the return voyage across the Atlantic. 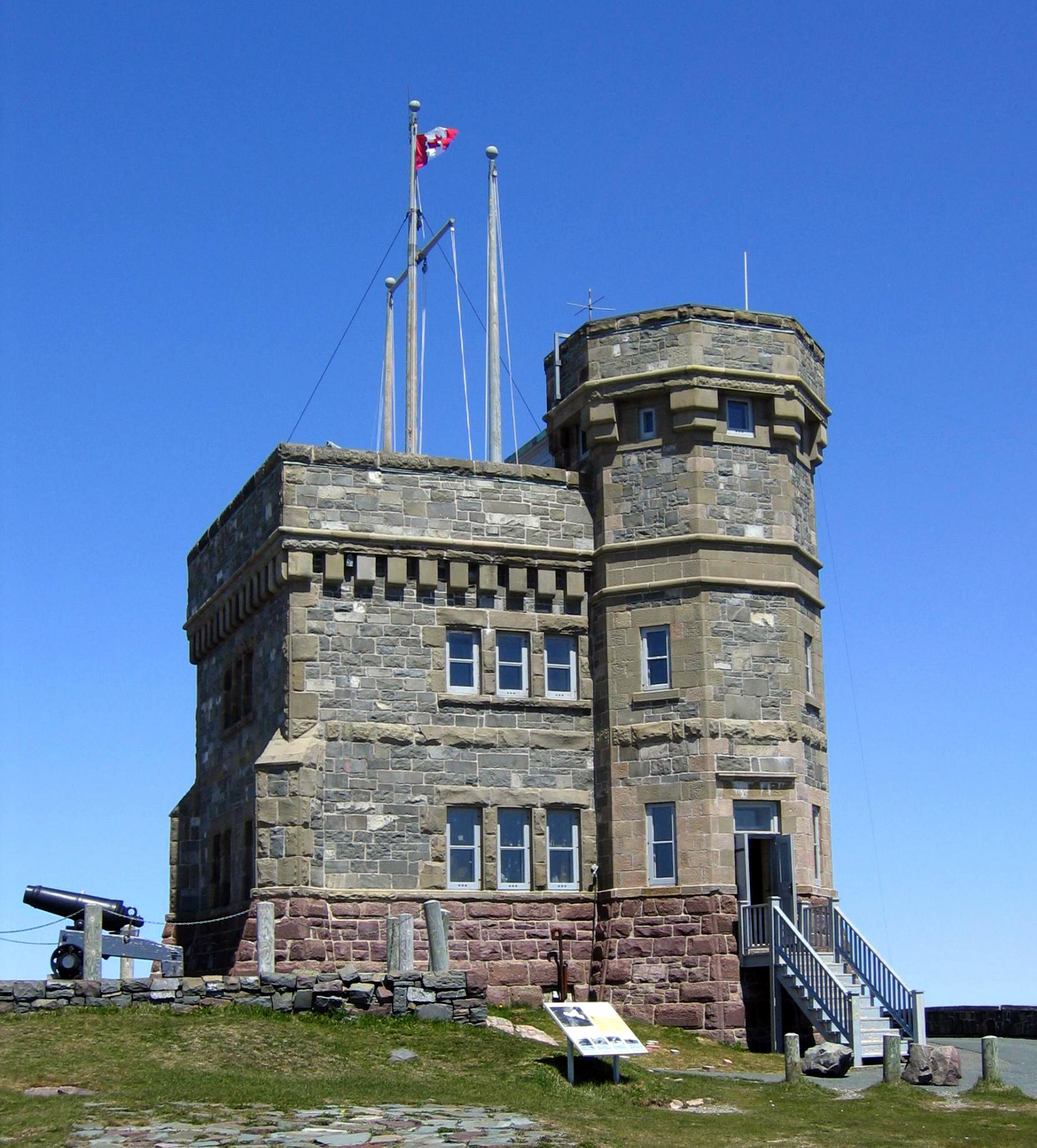 It seems there are 4 theories about Cabot’s likely fate:

The Cabot Tower at Signal Hill National Historic Site St. John’s Newfoundland, is the city’s most visible landmark. It was built in 1900 to honour two notable events: the 400th anniversary of John Cabot’s discovery of Newfoundland and Queen Victoria’s Diamond Jubilee. It was also used as a Marconi wireless station – and it was here that Italian inventor Guglielmo Marconi famously received his first transmission across the Atlantic from Cornwall, England in 1901.

There’s a second Cabot Tower on Brandon Hill, Bristol (UK). It was built to commemorate John Cabot in 1898, 400 years after The Mattew set sail from Bristol and landed in Newfoundland. Designed by architect was William Venn Gough, it stands 105 feet (32m) tall and is built from red sandstone amd covered with Bath Stone. A winding, spiral staircase leads up to 2 viewing platforms with sweeping views across the city and port of Bristol. At the foot of the tower, a commemorative plaques reads:

“This tablet is placed here by the Bristol branch of the Peace Society in the earnest hope that peace and friendship may ever continue between the kindred peoples of this country and America ‘Glory to God in the highest and on Earth, peace, good will towards men’ Luke 2.14.”