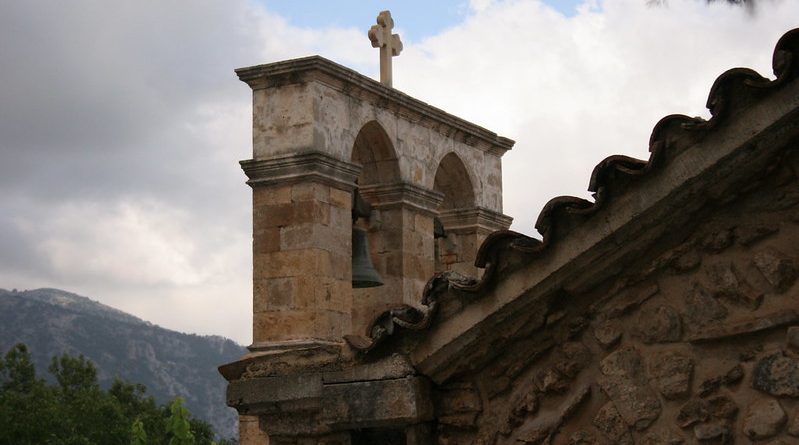 The Greek island of Crete has seen many invasions in its long history – from Arabs, Venetians , Turks and more recently by Germany in the 2nd world war.

But for hundreds of years from the 8th to the 13th centuries it was the Byzantium Empire which was the major cultural and religious influence here .

Originally an offshoot of the Roman Empire. the Byzantium Empire with its capital in Constantinople embraced  Christianity and the Greek language .

St. Paul had travelled here as far back as the first century AD laying the foundations for a faith that would evolve over the centuries into the Christianity of the Greek Orthodox Church .

All over the island today are ancient monasteries, large and small  and hilltop shrines .

The Byzantiums perfected the art of religious iconography and within the scared walls of these shrines , many beautiful examples can be found – much of this art of hundreds of years old and produced by some of Greece’s most famous artists

The Byzantine Christian religion embraced myths and legends and these survive to this day .

Here in the mountains of western Crete you can find the cave of the 99 saints . These holy men had  fled here from Cyprus during wars between the Byzantians and the Ottoman Turks . They had taken refuge  deep in this cave where like many Christians they hoped to avoid persecution.

The saints had taken a vow that they would die together  and when their leader John the Hermit dressed in animal skins had been killed after being mistaken for a wild animal , legend  has it that the next day the  99 saints were all found dead here from natural causes. 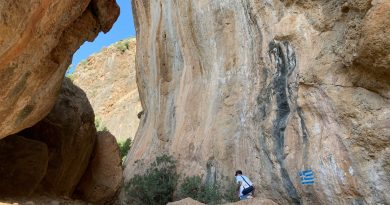 Walking Through the Greek Island of Crete