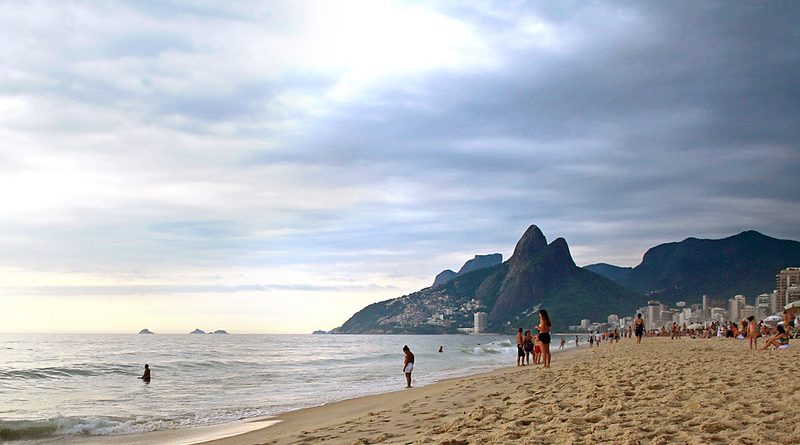 Rio is known to Brazilians as “Cidade Maravilhosa”, or the “Wonderful City” and none more wonderful than its 45 miles of which sand beaches, encompassing neighbourhoods like Copacabana, Ipanema and Leblon. The city is the home of gay culture, glittering celebrities and of course, carnival and the samba.

Beach culture is big in Brazil, and nowhere is it bigger or more impressive than Rio de Janeiro. It’s not just about bathing, it’s a social thing, a chance to meet, socialise and play sports like volley ball, soccer and surfing. Even during the winter and in poor weather, the “cariocas” frequent the promenade. It’s a scene for fashion and trend setting, has progressively tans have got deeper and bikinis smaller and smaller.

From babies to the elderly, beach going in a ritual not just for the body beautiful. It’s a liberating and accepting culture and a hot spot for jetsetters. Attracts gays, TV stars and glitzy celebrities to this exclusive stretch of sand.

The nightlife of this city is teaming with life, on and off the beach, with an array of nightclubs, bars and joints, not to mention the endless grooves and hypnotic beats of the samba. Private use of the beach is restricted by the government, and topless bathing is not acceptable in most parts of the beaches. If you love suns, celebrities and ultimate beach glamour and don’t mind the inevitable crush then Rio is the top city for beachgoing.

Rio de Janeiro’s beaches are its social circus; depending on where you live in Rio, a beach will suit your social standing, whether you live in the Zona Norte or the ritzy neighbourhoods a few blocks from the beach. When in Rio, it’s a must to experience the city’s beach culture. Though the complex beach culture won’t be obvious to the casual visitor to the ‘marvellous city’, with a keen eye you can pick out the different cliques and crowds that inhabit the acres of sand, that change by the time of day and the day of the week.

Lifeguard stations (called ‘postas’) are numbered and stretch along the length of the main beaches at Ipanema and Copacabana. Locals will make dates to meet at their favourite ‘posta’ a patch of sand they share with their friends. All along the beach, clusters of people sleep and sunbathe under umbrellas and in the white sand. Mornings and early evenings are for exercising and numerous exercise stations are spaced out along the beach for stretching, pull-ups and chin-ups. Older residents like to walk or jog along the pathways early in the morning, but are gradually replaced by teenage surfers out to catch the waves.

As the day progresses, the age of the beach-goers drops dramatically, and the level of body confidence grows: Rio’s beaches put to shame most other trendy ocean front areas, like Sydney’s Bondi Beach or Venice Beach in Los Angeles. For people watching it reigns supreme as the place to be on a hot Sunday afternoon in the summer. Wearing as little as possible is the name of the game here, and if you want to fit in, it pays to follow suit – or rather drop the suit! Try working on your tan too before you arrive, because you don’t want to be blinding white while everyone around you is perfectly toned and bronzed!

After lunch, the clusters of beachgoers have grown into clumps, and the whole beach is pulsing with radios blaring, guitars playing and shouts from the impromptu sports games. Hanging out in front of these beach clusters are the posers: muscle guys chatting and laughing as they check out the girls walking by or jumping in the waves, who ignore the stares and go by as if the men were invisible.

Fut-volley and football games are enjoying rollicking in the waves, and vendors weave through the crowds selling their wares and tasty snacks like shrimp tarts, grilled prawns, oysters washed down with refreshing coconut water. As the sun sinks to the horizon, the kids from the far off suburbs leave the beach and climb buses to get home, dragging surfboards and boogie board. The wealthier residents walk home trailing towels and beach chairs. The day is over but the fun will start all over again tomorrow.

Ipanema.com
Insiders Guide to Rio and her beaches etiquette

By Susi O’Neill and Dave Lowe 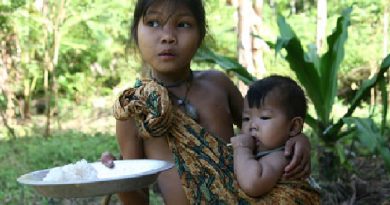 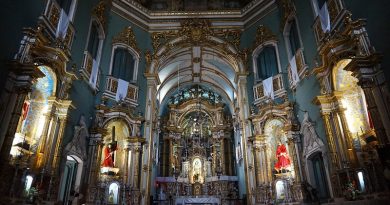 A Dark History: Churches in Salvador 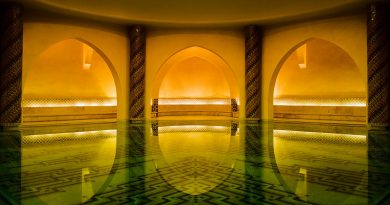