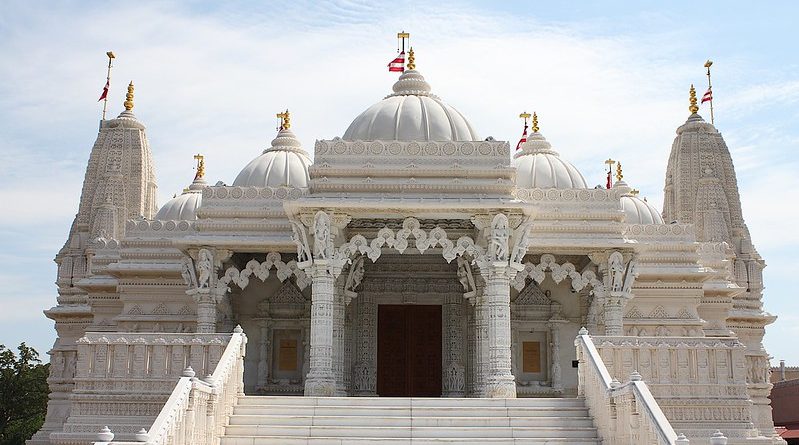 Where: Neasden, Northwest outer London
When: 1995
History: Largest Hindu temple outside of India, using stone cut, carved and numbered in India and shipped to London to construct piece by piece
Go there for: Impressive architecture and a marvel of assembly in an otherwise dour quarter of the city

Neasden is an unassuming area –  a sprawling mass of rundown suburban semis, cut through by the North Circular ring road whose greatest attraction used to be an IKEA superstore, the Swedish king of the flat pack. Look beyond this and you will find London Road, a long strip laden with cafes and restaurants serving up amazing cuisine from across the Indian subcontinent, fabric and dress shops, grocery and homewares outlets – in need of a tongue scraper – you will find a good selection here. Certainly not the sort of area you’d come to as a tourist – until recently that is.

In 1995 the stunning Shri Swaminarayan Mandir opened, bringing a healthy dose of the ornate to a grey corner of west London. This Hindu temple is the largest ever constructed outside India and the first of its kind in Europe. It takes its name from the eighteenth century guru Lord Swaminarayan, an Indian spiritual leader who walked the length of India barefoot preaching consideration for the millions of poor and encouraging social conscience. It’s a building that attracts superlatives; it was constructed amazingly fast, taking just three years from conception to consecration, it was made from 5000 tonnes of Italian and Bulgarian marble using over 300 trees and cost about £5 million. And all this was done using traditional methods. The quarried stone was sent over to India first where it was cut and carved by over 1000 volunteer craftsmen. Then each numbered piece of stone was packed up and shipped over to the UK where it was assembled piece by piece like the furniture you buy from the superstore up the road!

Approaching the temple is quite culturally dislocating – this massive marble edifice is reached by 30 marble steps with the mandir (temple) to the left and the haveli (living space), entrance carved out of Burmese teak – this is where you enter. Here you’ll find the prayer hall with a capacity of 5,000 people. Men sit on the right and women on the left because the images of the monks and gurus should not cast their gaze over the female form. There’s also a small museum about Hinduism. The temple itself is pretty small and while the pillars are rather garish and simplistic with their representations of gods like Ganesh, the dapa (dome) is a stunning work of art and the marble looks more like lace.

The best time to visit the temple is between 9am and noon and 4 to 6pm when the murtis (representations of the gods) are on view. During the rest of the day you’ll spot a man pushing a food trolley around the temple – this is laden with food for the gods. He’ll drop in on each one in turn and then lock the door to the alcove so each can eat in peace. 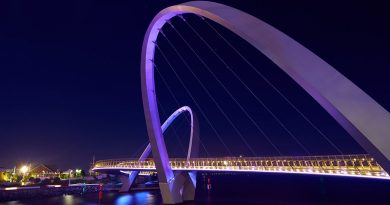 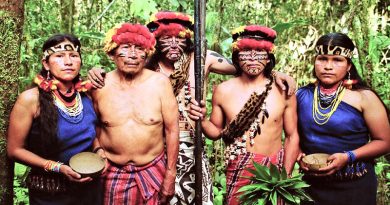 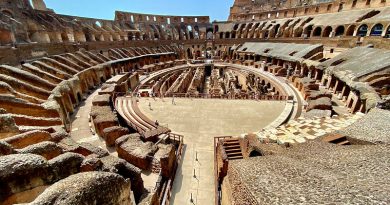 Gladiator: Doing Battle in the Colosseum