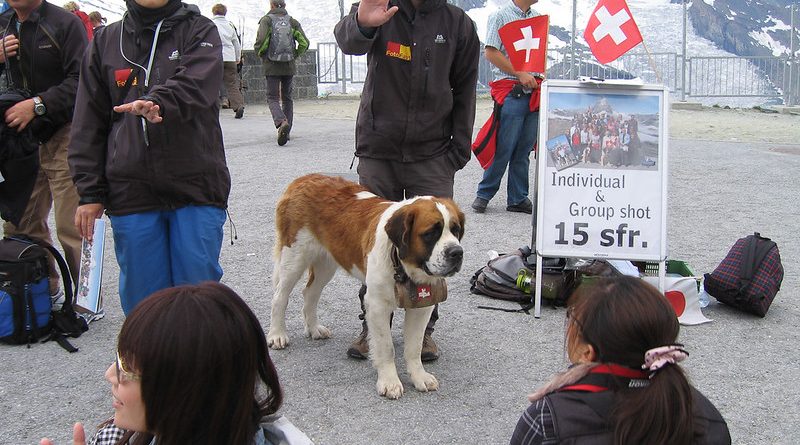 The Col du Grand-Saint-Bernard, or Great St Bernard Pass, reaches 2469m (8100ft) and has a long history, littered with armies crossing, pilgrims passing on their way to Rome and Jerusalem, victims of robbers and bandits.

Napoleon made a famous crossing, his 40,000 troops eating the communities out of house and home on the way.  Hannibal and Julius Caesar were both said to have made the crossing too. There’s still evidence of bronze-age travellers using the route and some traces of the old Roman road.  In Martigny there is even the remains of a Roman coliseum.

The Saint Bernard dogs are known all over the world for their work as rescue dogs and there’s an iconic image of Saint Bernard dog finding the lost traveller and reviving them with a shot of brandy from a cask around their neck. Sadly, the alcohol part isn’t true – alcohol causes blood vessels to dilate, resulting in blood rushing to your skin and your body temperature decreasing rapidly.  The artist Edwin Landseer romanticised a painting of one of the dogs with a cask around the neck in 1820 and the image stuck.

At some time in the 1600’s the Swiss monks had started to use dogs to help them in assisting travellers. The original dogs probably came as gifts from wealthy local landowners and the monks began to breed them. Originally the dogs were used as guard dogs but they were bred large, strong and with the ability to sniff out lost travellers so they took on the famous rescue role which they carried on until the tunnel was built and modern rescue tools overtook them. The most famous dog was Barry, a Saint Bernard who saved the lives of many mountaineers between 1800 and 1814.  Estimates are that over 200 years, these dogs saved the lives of around 2,000 people!

The monks don’t keep the Saint Bernard dogs up at the hospice anymore and a charity, The Barry Foundation, take care of them now. But these are working dogs so there’s no free ride for them. The current generation of dogs spend time at the museum each day ‘working’ a shift entertaining and educating visitors. The work seems to be mostly rolling around being fussed but they get really involved! The museum has some interesting exhibits about the Col du Grand-Saint-Bernard, the hospice and the history of the area but the dogs are obviously the stars. 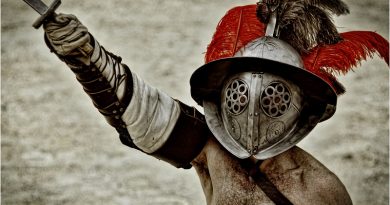 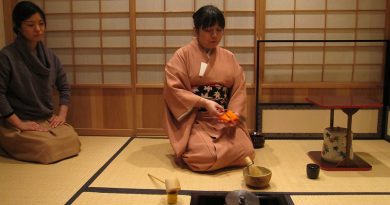 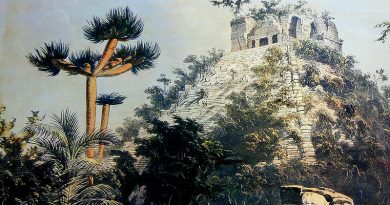