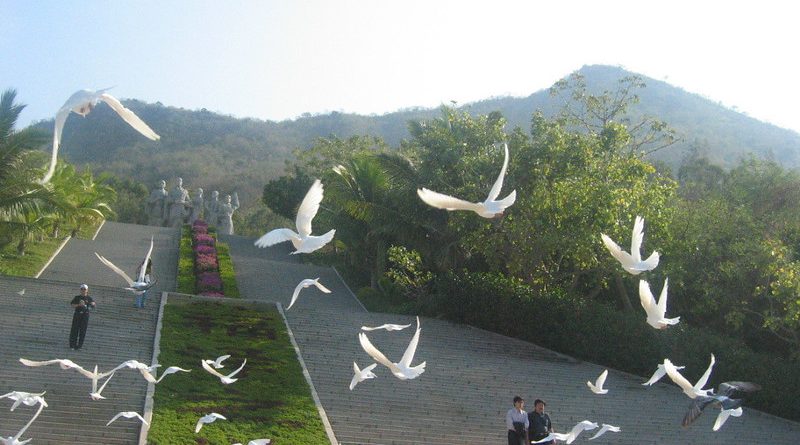 Hainan Dao lies in the South China Sea, separated from the Chinese mainland by the Hainan Strait. It is the second largest island off the coast of China after Taiwan. A monsoon, tropical, climate favors the cultivation of rice, coconuts, palm oil, tropical fruit, coffee, tea, and sugarcane. Hainan Dao is also noted for its rich offshore fishing grounds which yields shrimps, scallops, tuna, and Spanish mackerel. Pearls are harvested in the shallow bays surrounding the island.

Beautiful beaches and clean air make Hainan Dao a popular tourist destination. The island is accessible through ferry links with Guangdong Province and there are two airports, Meilan Aiport in Haikou and Sanya City.

The island used to be a place of exile known as the ‘gates of hell’. Nowadays it’s a tropical paradise and playground for the Chinese wealthy whose game of choice is golf. As China’s economy continues to expand, more and more ordinary Chinese are finding themselves with a disposable income, making golf one of the fastest growing sports in China.

If what you’re really looking for is relaxation on the beach then Hainan Dao shouldn’t disappoint. On the east coast is Yalong Bay. It’s the best sea beach in China and some say it’s better than Hawai’i. The beach is 20 kilometers long with fine, white sand, clear blue water, and a visibility of 7- to 9-meters in water with a bath-like, 30C, which makes for fantastic swimming and diving.

The city of Sanya, on the east coast, has one of the most beautiful and well-maintained beaches in Southern Asia on its doorstep. Sanya has lots to offer the tourist: ‘End of the Earth’ – a famous scenic beauty spot, Butterfly Valley near Langton Lakes showcases some of China’s rarest butterflies, and Gan Shi Ling Tropical Forest is great for hiking. Luobi Cave in Lizhigou Town, about five kilometers northwest of Sanya City, is shrouded in mystery and legend. The rock formation is located in the Liang Keng Slope of Litchi Furrow at an elevation of 110 meters and has archaeological significance.

The West coast of the island is quite different – rugged, wilder, and less touristy. It would have been off the beaten track a few years ago, but the Western Expressway has made the interior of the island accessible. The Li ethnic group makes their home to the west of the island and within the mountains of the interior. They are thought by some to be related to the Polynesians; theirBamboo pole dance is a tradition you could imagine taking place in the South Pacific. Their houses, which look like overturned boats, are designed to withstand the storms that hit the tropical island. The roofs are supported with tree trunks and the walls are made of knotted bamboo strips coated with mud.

The Li people have the earliest weaving technology in Chinese history. Li women are skilled in spinning and weaving and are especially adept at weaving silk cotton. The brocade they make has a long reputation for its exquisite workmanship. Like other people in Hainan Dao, chewing betel nut is very popular among the Li, but the local culinary speciality is rat!

Minnie Pooh’s Hainan Haikou 2005 Page
Minnie guides us through her trip to Hainan in words and pictures. 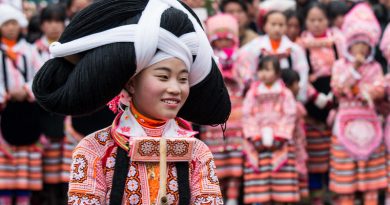 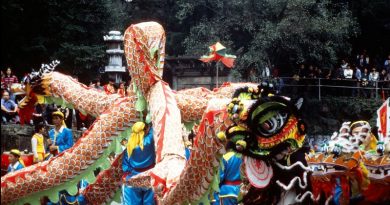 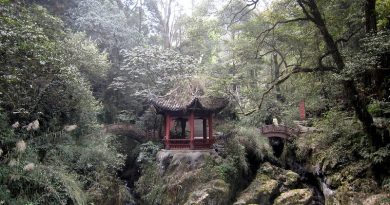