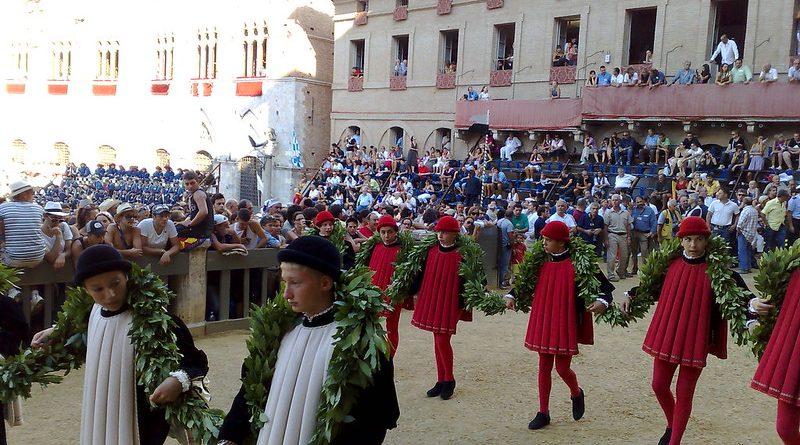 Where: Siena, Il Chianti, near Florence, Italy
When: July and August
What’s it about: Skilled horsemanship racing through the streets of the town
Remember to bring: A bottle of water

The Piazza del Campo in the medieval Tuscan town of Siena, Italy, is transformed into a makeshift racetrack for the Palio, which takes place twice a year.

Dates for the Diary

The Palio happens on 2nd July and 16th August. If you arrive four days beforehand, however, you can witness the build up to the event and watch the heats, where the ten horses that will take part in the main race are selected from amongst almost 50 thoroughbreds.

There are two practice races during the day of the festival, as well as the main race which happens in the early evening. Ten out of Siena’s seventeen contrades (or ‘neighbourhoods’) are in competition for the much coveted palio, the silken banner which gives the event its name. It’s no easy ride, either, as the swift, beautiful steeds hurtle through the narrow streets, running into walls and crashing into corners. The first horse past the post is deemed the winner ‹ even if their rider has taken a tumble along the way.

The Palio, which started in 1597, is officially a religious celebration. On July 2 the occasion is dedicated to the Madonna di Provenza, and on August 16 to Our Lady of the Assumption. The traditions of the Palio have remained largely unchanged since the Middle Ages, and each contrada has a museum where memorabilia documenting their success in the Palio is on public view.

In the lead up to the Palio there are a series of practise races, where the jockeys get used to the horses before the big day. This also allows the contrade to assess the chances of succes for their horse, and so to work out whether they are going to try to actually win the race, or throw their weight behind impeding a contrade that they are enemies with or helping one that they like. On at least on occasion, a jockey has been paid a cash bonus for every time he hit an enemy contrade with his whip during the race. The practise races are less crowded, but they lack the passion and pageantry of the big occasion.

European Union nations do not require a visa to enter Italy, as long as they are staying for less than 90 days. Nationals from other countries may need a visa, as will all visitors who are intending to stay for more than 90 days. If in any doubt, contact the Italian Embassy or Consulate in your home country before you leave.

Hotels are usually booked out during the Palio, so it’s advisable to make a reservation.

You don’t need a ticket to watch the Palio if you’re prepared to stand with the crowds on the infield. Alternatively, cafes around the Campo set up seating areas outside, from where you can see the action for a fee. If you prefer this option, organise your ticket in advance. The local tourist office (see below) can provide a list of operators, prices and contact details. A seat for one of the practice races will work out much cheaper although the atmosphere won’t be the same.

The nearest international airport to Siena is at Florence, 30 miles away. From there, you can take a bus or a train.

There is a good range of hotels to suit all budgets in Siena. Contact the Hotel Reservation Office (below) for information and bookings.

Naturally, everything is more expensive during the Palio. With a decent hotel, two restaurant meals and a few overpriced gelatos you can get by on around US$150-200 per person per day.

A cheaper option is to stay at a hotel or pension in nearby Florence and commute to Siena for the race. However, the last train leaves quite early and you will miss all of the events and feasting which happens in the evenings. Busses run later but double-check departure times and do not assume that they will stick to the timetable. It is a good idea not to rely on the last bus in the evening.

Aim to get to the Campo at least four hours before the main event to secure a prime viewing spot near one of the sharp corners (but not right on the corner, as horses have an unnerving habit of crashing into them at high speed). Keep your camera at the ready to take pictures of religious pageants and street parades as they pass.

If you are watching from inside the campo, be prepared to get there early to stake a spot near to the barrier. Places by the start/finish line are especially sought after. If you can¹t get a position near the barrier, then stand at the higher side of the square so you will get a better view. A word of warning

It is advisable to carry a bottle of water with you, as drinks can be hard to come by in the Campo and once the processions have started you will not be able to leave.

You can easily spend a day or two just wandering the streets of Siena and taking in the fine architecture, numerous churches and museums. If you want to venture out of town, you can explore the pleasant countryside surrounding Siena. Known as Il Chianti, this is the region where some of the best wines in all of Italy are produced. Alternatively, the medieval towns of San Gimignano and Volterra are a short bus ride away.

Although the Palio of Ferrera, a medieval town situated between Florence and Venice, is claimed to be the oldest such event in the world, it’s neither as famous or as big as it’s Siena counterpart.

The S’Ardia horserace in Sedilo, a mountain village in the north of Sardinia, is part of a two day festival in honour of the town’s patron, Saint Constantine. The race originated during the Moorish invasions, when young men trained their horse to gallop at high speed through the town’s narrow streets so that they¹d be able to outrun the enemy.

For more information about Siena and the Palio, contact:

Note: Italy is one of the few countries which don’t drop the first zero when dialling the country from overseas. 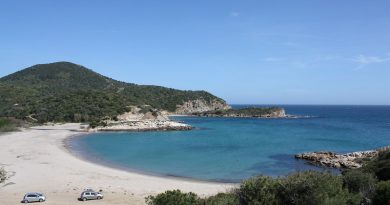 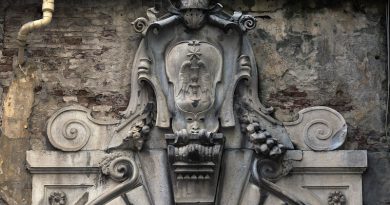 The Top 10 Things To See & Do In Tuscany