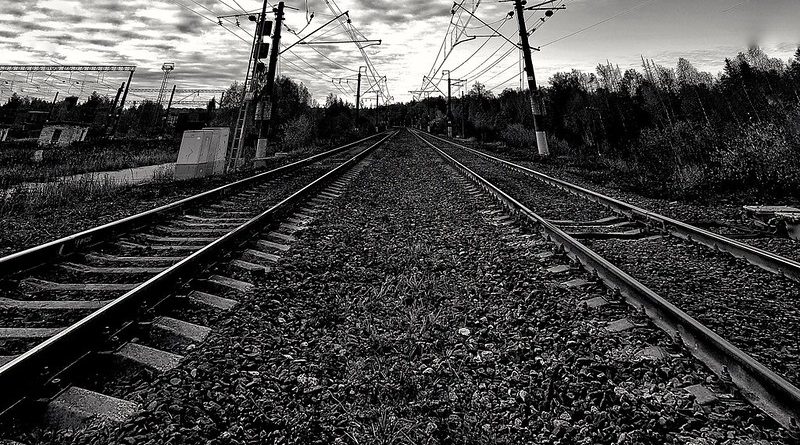 Travelling across a bleak, almost featureless landscape for hour after hour, travellers have plenty of time to reflect on the terrible conditions under which the railway line was originally built, during WWII.  Following Hitler’s invasion of the Soviet Union in June 1941, and the subsequent capture by the Germans of the main Soviet coalfields in the eastern Ukraine during the advance on Moscow, the Soviet war effort depended heavily on other coalfields still under Soviet control, around Pecora and Vorkuta, on the edge of the Arctic Circle near to Labytnangi.  Tens of thousands of prisoners were put to work by Stalin, building the train line north from Moscow northeast to the coalfields, whilst the war raged further west – conditions were very harsh and many of them died.  Stalin was delighted with the results, however, as the connection of the coalfields to the Soviet railway network was hugely significant to the ability of the Soviet Union to survive the German onslaught, and eventually win the war.

Travellers can also reflect on the extraordinary significance of the width of the Russian railway gauge to the defeat of Nazi Germany during WWII.  Throughout the rest of Europe, including Germany, France and Poland, trains ran on tracks 4 feet 8½ inches wide, the so-called Standard Gauge, as they still do today.  Thus, when Germany launched its blitzkrieg invasions, troops advancing into Poland and France could be supplied by German trains travelling across the border onto Polish and French railway lines.  As luck would have it, however, Russian railway lines were a different width to the rest of Europe, 5 feet wide, as they still are today.  As a result, German locomotives couldn’t cross the border from Poland to support and supply advancing German troops, which was a highly significant factor in the Nazi failure to rapidly capture Moscow before the onset of the freezing Russian winter. 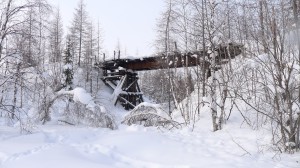 Close to the monument in Salekhard that marks the line of the Arctic Circle is a monument in memory of the victims of Stalin’s so-called ‘Railway of Death’ – a historic steam locomotive, raised on a plinth, which once ran on the line back in the 1950s.

The so-called ‘Railway of Death’ was an extension of Stalin’s railway line completed during WWII between Moscow and Labytnangi.  When originally constructed in the late 1940s and early 1950s it was planned to connect across 800 miles or so of Arctic wilderness from Salekhard east to the strategic river port of Igarka, in order to service the world’s biggest nickel mine at nearby Norilsk.

Around 80,000 prisoners of Stalin’s infamous gulag were put to work building this railway from 1949 until Stalin’s death in 1953, when the unfinished project was abandoned.  Up to a quarter of the prisoners were so-called ‘enemies of the people’, dissidents charged with political crimes against the Communist regime.  Working conditions for the prisoners were extremely harsh, especially during the depths of the Arctic winter, when temperatures can drop below minus 50 degrees Centigrade, and thousands died.

Main building at Perm-36 (also known as ITK-6) was a Soviet forced labor camp located near the village of Kuchino,

Throughout the former Soviet Union, there are very few surviving examples of Stalin-era Gulag prison camps to remind people of the scale of repression during that era, when millions were imprisoned and killed by Stalin’s regime.  However, between Salekhard and the city of Nadym, 200 miles east, the planned railway line crossed extreme wilderness, which then and still today is inhabited only by nomadic Nenet reindeer herders.  As a result, far out in the rarely visited wilderness, a number of gulag prison camps have survived virtually intact, alongside the remains of the railway line that the prisoners were working to build.  Visiting these remote camps is no easy matter, but tour companies in Salekhard will be able to arrange a visit – note, however, that the best preserved camps are more than 100 miles distant from Salekhard, closer to Nadym.

Main image: Transpolar Railway was a project of the Gulag system that took place from 1947 to 1953.

Train tickets can be booked online via www.russianrail.com. 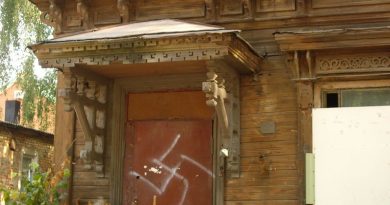 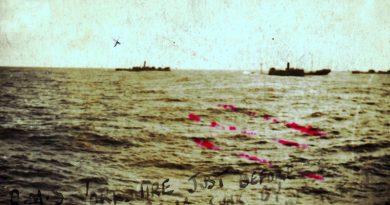 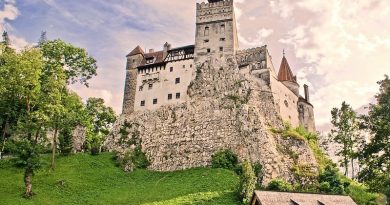