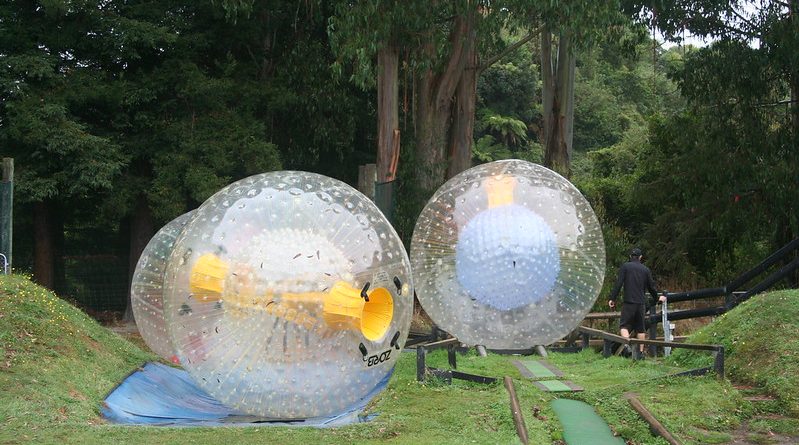 Where: Practiced in US & UK but its home is Rotorua and Paihia, New Zealand.
What’s It About? Rolling around the countryside in a giant cellophane ball.
Not Suitable For: Claustrophobics!

The Kiwi’s have been known to come up with some pretty bizarre ideas for sports – bungee jumping for example – but this is by far the oddest. Try to imagine climbing inside a giant beach ball and rolling downhill, falling and bouncing around inside – well, that’s zorbing!

The zorb itself is a large transparent ball, with two walls with about two feet gap between them, and connected by a large number of coloured nylon strings. This gap is filled with air, effectively padding the inner chamber, which the ‘zorbanaut’ climbs into, through a short conical tunnel, for their ride. The central chamber is always open to the air, so that the participant can always breathe, but the exit isn’t so big that the person inside can accidentally fall out! If this experience isn’t strange enough already, you can try wet zorbing, which has the added pleasure of half a bucket of water in the zorb with you… ensuring that your ride is very slippery, not to mention very wet. If you don’t like the idea of bouncing around freely inside, there are zorbs with harnesses to hold you in place, so you just roll along with the ball.

If you can’t wait to try this new craze, then hurry along to Rotorua, the world’s first zorbing centre, or Zorb Northland at Paihia in the Bay of Islands. If you’re in the UK, there is also a site recently opened down in Dorset, if you want to try before you go, but it’s considerably cheaper in New Zealand. It’s safe for people of all ages, even grannies according to the official website, and apparently great fun. It is claimed that no one has ever been sick in a zorb, and that you’re unlikely to even get dizzy. Costs are about NZ $30 for the first go, $10 for each consequent ride.

Zorb New Zealand
The official ‘zordbing’ website describes how the sport came to be, where it can be done, and answers any other questions you may have about it, and some others you hadn’t thought of!

Extreme Dream
Information about all the crazy different extreme sports that the New Zealanders and visitors can indulge in, including zorbing. 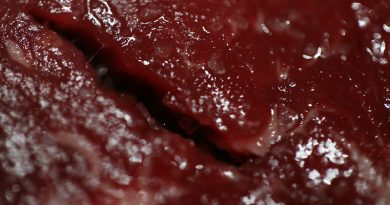 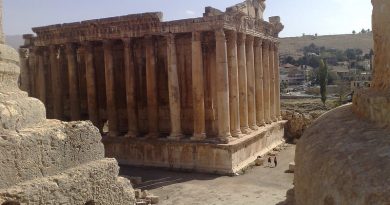 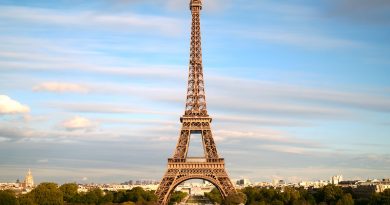