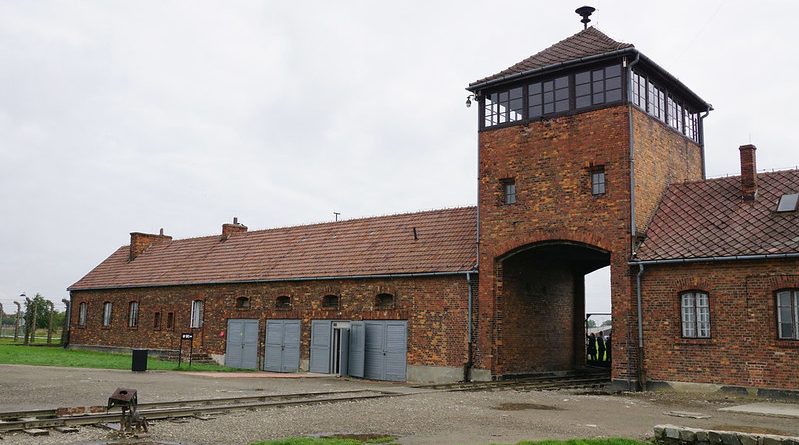 Where: Oswiecim, near Krakow, Poland
When: 1940 – 1945
History: brutal imprisonment and hideous genocide of up to four million Jews and Nazi ‘undesirable’, and a symbol of the horrors of the Holocaust
Go there for: rememberance, and honouring the dead and the Holocaust’s survivors

In the early 1930’s Germany, along with the rest of the Capitalist world, was in a severe economic depression and Adolf Hitler, a rising politician at the time (and, ironically, an Austrian), was poised to pounce on its downtrodden citizens by manipulating their misery to serve his own ends.

Hitler had become leader of the National Socialist German Workers Party (NAZIS), and despite being jailed briefly after a failed putsch in 1923, he re-emerged as the undisputed leader of the Party by the end of the 1920’s. A combination of factors in Germany, such as a starving economy, resentment over the peace terms imposed on Germany after WWI, and a fear of Communism became inflamed by Hitler’s demonic charisma, led Germany towards one of the biggest disasters in modern world history.

In the 1920’s the Nazi party had gained enough support to win seats in the Reichstag (German legislature), and by 1932 had won 33% of the vote. In 1933, the current President, Hindenburg, appointed Hitler as Chancellor, thinking he could better control him in that capacity. When Hindenburg died, Hitler appointed himself both President and Chancellor, declared a state of emergency, and suspended all individual freedoms under the pretext of national security.

Hitler brought with him into power a vision of a new German Empire in Europe, stretching deep into the Slavic lands of Eastern and Central Europe. This ultra-nationalistic and xenophobic plan for German redemption appealed to the young, the unemployed, and those who remained bitter over WWI and Germany’s downfall. Hitler was not only a master of propaganda, but built an enormous military to effectuate his megalomaniacal plan, and created a formidable domestic security apparatus at home, which included the S.A. (Nazi Storm Troopers) and the S.S. (Gestapo) to arrest and kill political dissenters and opponents.

Hitler also had a deep hatred of Jewish people and used them as a scapegoat, blaming them for-among other things– the loss of WWI. He merged this anti-Semitism with his vision of an Aryan master race that he believed should rule the world. Hitler was a visionary who envisaged a ‘superman’ race and Empire to rival the Romans in strength, architecture, and might.

Hitler’s plan to conquer land for Germany and eventually dominate Europe seemed to be coming to fruition as he steamrolled through Europe during the 1939 – 1945 Second World War, using the tactic of Blitzkrieg (lightning war), effectively a fore-runner of Donald Rumsfeld and George Bush’s ‘shock and awe’ tactics in Iraq.

Hitler implemented what he called the “Final Solution”, which was a massively organized plan to extinguish the whole Jewish race, known now as the Holocaust. In 1933, he began limiting the civil rights of Jewish people in Germany and eventually began rounding up all the Jews in Germany and other parts of Europe and sending them to concentration camps. Approximately six million Jews along with six million others, such as gypsies, homosexuals, and the mentally ill and infirm, died in these concentration camps through starvation, execution, gassing, and other forms of organized murder. It is believed that the total victims of persecution killed during the Holocaust era was a further 11 million. Hitler’s reign ended when the Allies defeated the Germans in 1945 and marched through Germany, opening the concentration camps and freeing those who had survived.

It is estimated that 1.1 million Jews and other Nazi “undesirables” like the disabled were killed in the camps in this small town of Poland. The Auschwitz camp has been preserved as it was at the time of Allied liberation as a memorial to those who suffered and died there, while also serving as a constant reminder of the potential of evil to those who live today.

The camp was first built in 1940 as a place to house Polish political prisoners but later became the largest concentration and extermination site in Europe. Two other camps, Birkenau (Auschwitz II), and Monowice, were also built several miles away and people were forced onto trains headed there from all over Europe. Those who arrived would be selected to be exterminated immediately, worked to death, or subjected to medical experiments.

The majority were killed in gas chambers that resembled showers and then their bodies were incinerated in one of the four large crematoriums the Nazis had built. About 90% of those who were killed were Jews, and the others were mostly Poles, homosexuals, gypsies and Soviet prisoners. Auschwitz I was only partially destroyed by the fleeing Nazis so the camp remains as a living monument of Poland’s terrible past.

The town of Oswiecim is about forty miles west of Krakow and can be reached by train or bus. When visiting the camp, you can wander around the buildings yourself, although you may get more out of it if you buy the small Auschwitz-Birkenau Guide Book available at the visitor’s centre or take a guided tour. Tours in English are guaranteed to leave at least once, and possibly twice daily, and German tours can be arranged if a group of seven or eight can be found. There is a documentary film about the liberation of the camp that plays every half hour in the visitor’s centre which is shown in several different languages throughout the day.

You can also take a look at Birkenau, even though most of that camp was destroyed when the Nazis fled. There is a viewing platform near the entrance that looks out over the vast area fenced in by barbed wire where you can gain some perspective on the massive scale of the Nazi’s crime. It was actually in Birkenau, with its four enormous gas chambers and over 300 prison barracks, that most of the extermination took place. 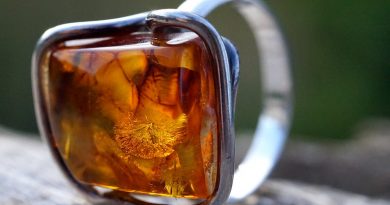 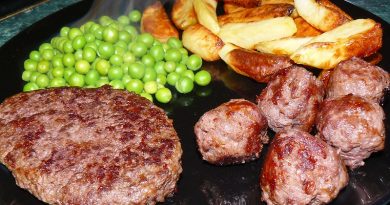 Taste of Australia: Chomp on a Kangaroo 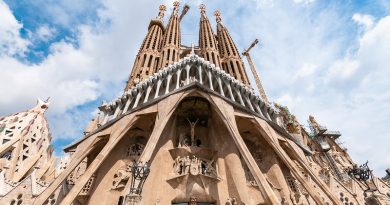