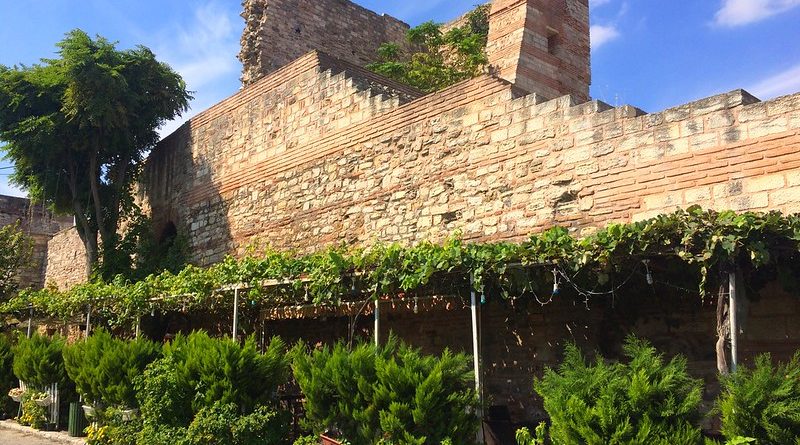 The remnants of a vast stretch of stone walls, which have protected the city of Istanbul, formerly known as Constantinople since its establishment as the Roman Empire’s capital by Constantine the Great. These walls have lasted for over a thousand years and have survived both Byzantine and Ottoman rule. The Walls are considered to be antiquity’s last great fortification and are known for their elaborate design. The Walls left the city protected from all sides and safe from attack by sea and by land. The city remained under Byzantine rule until 1453, growing increasingly vulnerable following the introduction of gunpowder in warfare, falling to a heavy Ottoman seige. The walls remained a focal part of the city’s defense under Ottoman rule until the 19th Century as the city grew beyond its borders. Despite this, much of the Walls remain intact in the present day and are an important relic of the city’s ever-changing history.

Arguably the most defining work of Byzantine architecture, the Hagia Sophia is another important example of Istanbul’s rich cultural history. Constructed between 532-537, the Hagia Sophia was a Christian Cathedral for over 500 years, becoming a fully Greek Orthodox place of worship in 1054, briefly being taken over by Roman Catholicism, only to revert to Greek Orthodoxy in 1261. In 1453, following the conquest of Constantinople by the Ottoman Empire, the Hagia Sophia became an Imperial Mosque, having been identified as a priority after leaving a strong impression on the new rulers. The Christian iconography was removed and replaced by an Islamic design. The Hagia Sophia remained an Imperial Mosque until after the collapse of the Ottoman Empire, when it became secularised and re-opened as a museum. In the present day, the Hagia Sophia is one of Turkey’s most popular tourist attractions and Istanbul’s second most-visited museum, while its distinct Byzantine design had a clear influence on other Mosques throughout the Ottoman Empire.

One of the most important and informative relics of the Byzantine Empire, the Dead Cities is comprised of 700 abandoned settlements in Syria’s Northern region near the modern-day city of Aleppo. Although most of the cities have been abandoned since at least the 10th Century, they remain very well-preserved, giving us an important insight into the Late Antiquity. Perhaps the most important site within the Dead Cities is the Church of Saint Simeon Stylites, one of the world’s oldest surviving church complexes. A striking complex built around a pillar, the Church still survives despite considerable damage caused by a series of conflicts over several centuries. Recently held under ISIS control, the complex is believed to have sustained significant damage following its seizure by the Kurdish military, but still remains, barely, intact.

Church of the Holy Sepulchre, Jerusalem

The most important Christian church in Jerusalem and home to arguably the religion’s two holiest sites, the Church of the Holy Sepulchre is considered by biblical tradition to be the site of Jesus Christ’s crucifixion and his burial. The tomb was consecrated in 335 and has been a significant Christian pilgrimage site ever since. It is protected by the Aedicule, a Christian shrine built in the 18th Century and contains the last four stations of the Via Dolorosa, which depict the final stages of Jesus’ While the site is considered to be most important to adherents of Greek Orthodoxy, as it remains the headquarters of Israel’s Orthodox Church, it holds significance to a number of different denominations of Christianity.

A port-city, which has been continuously inhabited for millennia, dating back to the Bronze Age. The walled city is filled with remains of several different periods, notably medieval settlements from the 12th Century, which served as a hub to the Crusaders. These Medieval remnants, which include the famous Templar Tunnel, have survived through centuries of Ottoman rule up to the present day, and are the town’s main source of cultural and historical significance.

One of the world’s most important Medieval castles still standing, the Krak des Chevaliers has existed in its current incarnation since 1170. The castle was bequeathed to the Knights Hospitaller, a Medieval Catholic military order, by Raymond II, Count of Tripoli, remaining under their rule for 100 years. Following a month-long siege, the castle fell upon the Knights’ A hugely significant relic of the Crusades, the castle has been treated with care and consideration for the past century, although its current state since the outbreak of the Syrian War is uncertain.

Another important cultural contribution of the Knights Hospitaller, the Fort of Rhodes were built upon the foundations of pre-existing Byzantine Walls in 1309 following a three-year conflict for control of the Island. The fort contains the world’s largest surviving medieval town in Europe, which is home to a plethora of different architectural identities, including Ottoman and Gothic. Rhodes’ cultural and historical importance has ensured the town is well-protected from modern developments, and it remains a hugely popular tourism hub as a result.

Built in the early 12th Century, the Venetian Arsenal was Europe’s largest industrial complex prior to the widespread Industrial Revolution. A vast complex of shipyards, the Arsenale was the home of the Venetian Republic’s Navy in addition to being a highly important economic hub as the main producer of Venice’s trading ships. As a result, the Arsenale was pivotal to the Venetian Republic’s strong economic standing for centuries, remaining as such until its conquest by Napoleon at the end of the 18th Century. Although much of its original Byzantine design was destroyed following Napoleon’s seizure of the city, parts of it still remain intact in the present day.

The most famous landmark in Venice and the defining work of Italo-Byzantine architecture, St. Mark’s Basilica is the centre piece of Piazza San Marco and has remained a critical part of the city since its consecration in 1117. The Cathedral is a popular tourist destination and is renowned for its elegant design, particularly its gold-plated interior, which personifies the power of the Venetian state. The Basilica has been Venice’s official cathedral since 1807 and remains an important outpost of the Catholic Church in the present day/

A significant Venetian landmark, the Doge’s Palace was constructed in 1340 and is the most significant Venetian Gothic historical site. The residence of the city-state’s leader-the Doge, the Palace also played a key role in the Republic’s administration, surviving a series of bad fires in the 15th and 16th Centuries. Following Napoleon’s conquest of Venice, the Palace fell into a state of decline until the early twentieth century when the Italian Government decided to convert it into a museum. In the present day, the Doge’s Palace remains an important tourism destination and art museum as one of the most impressive relics of the Venetian Republic. 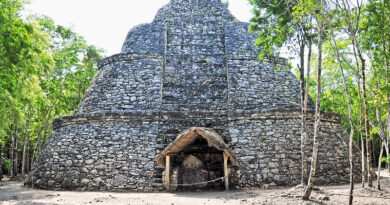 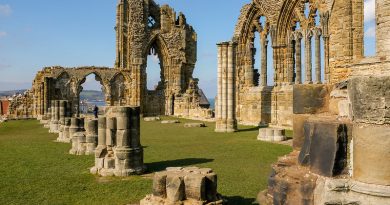 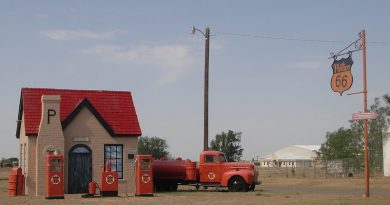