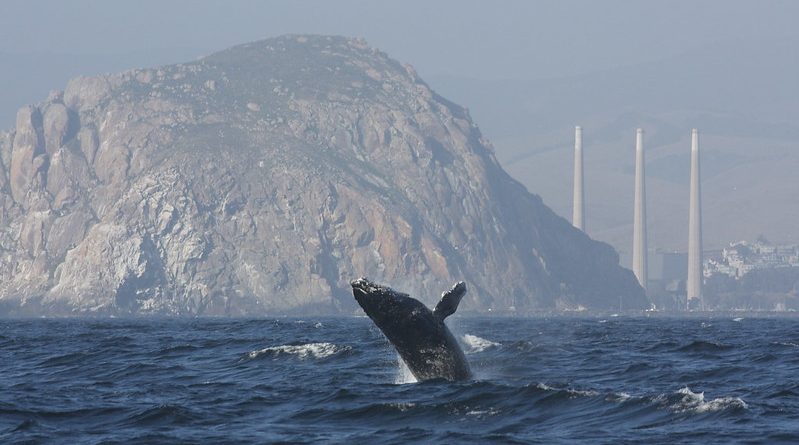 Isolated in the middle of the South Atlantic, 1200 miles from the coast of Africa, and 1800 miles from South America, the ocean surrounding St Helena has a well preserved coral ecosystem and its pristine, unpolluted waters and teeming with marine life. The natural clarity of the water around St Helena is stunning, offering a visibility of up to 30 metres. This makes it the perfect spot to watch an abundance of marine life, including the Island’s endemics – there are a number of species of fish found only in St Helena waters including Devil Rays and Whale Sharks which are a particularly popular attraction for visitors.

Dolphins
Pantropical Dolphins regularly congregate in pods of 200 to 300 in the Long Ledge area. Throughout the year they can be reliably seen by taking a short boat trip along the sea cliffs from Jamestown. Very athletic creatures, the dolphins seem to love following boats and performing spectacular aerial acrobatics.

Humpback Whales
Humpback Whales are annual visitors to the waters around St Helena in the winter months from around June to December. One of the most energetic of the large whales, they can often be seen breaching above the waves just offshore.

Whale Sharks
Whale Sharks are the largest known species of fish, reaching lengths of 40 feet or more. Although massive, whale sharks are docile and sometimes allow swimmers off the coast at St Helena to hitch a ride with them whilst they cruise the shallow coastal waters scooping up plankton in their giant mouths. January & February are the months when there is the greatest chance to swim with these remarkable and rarely seen creatures – a truly awesome and unforgettable experience.

Devil Rays
In the summer months, the Chilean Devil Rays are a spectacular sight. They have a wing span of over 3 metres and are graceful divers. Little is yet known about these enigmatic creatures yet recently it was discovered that Chilean devil rays migrate more than about 2,400 miles (3,800 kilometers) over the course of about six months. Rays frequently descend more than 5,900 feet, racing down as fast as 12 to 13 miles (19 to 20 kilometers) an hour.