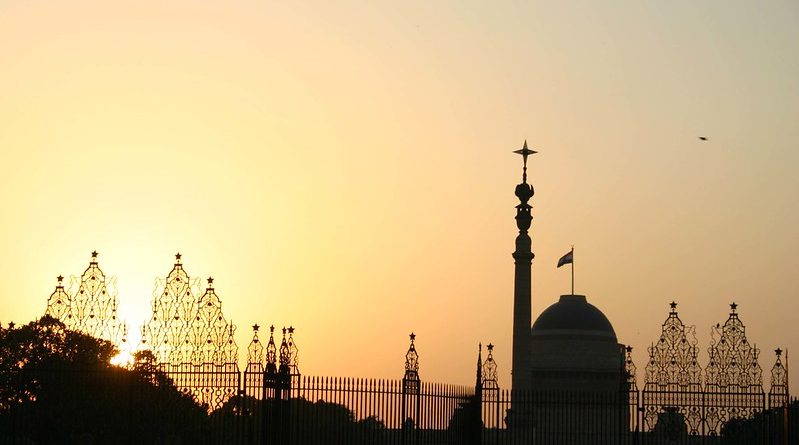 Lutyens’ Delhi is the area in New Delhi named after the leading British architect Edwin Lutyens (1869–1944), who was responsible for much of the architectural design and building when India was part of the British Empire in the 1920s and 1930s. This also includes the Lutyens Bungalow Zone (LBZ).[1] The gem and prime achievement of Lutyen’s Delhi is Rashtrapati Bhawan, once known as the Governor-General’s House, a magnificent building designed by Lutyens between 1911-1916. The Governor-General of India, or Viceroy, was the head of the British Administration from 1858 to 1947 (India’s independence) and remained in office until India had adopted its republican constitution in 1950. Today, it is the residence of the President of India. The story goes that Lord Irwin constantly got lost in its 340 rooms (and fumed over it too). Everything about the building is big and grand – stairs, ceilings, ornaments and furniture to reinforce the importance of its occupant.

Mahatma Gandhi, who highly respected Lord Irwin (see Gandhi-Irwin pact), famously and pragmatically suggested to him it should be turned into a hospital for the poor. Rashtrapati Bhawan is used to describe the President’s Estate as well as the beautiful Mughal Gardens. The Viceroy’s Palace is bigger than Versailles, and used to employ 6,000 servants of which 400 were gardeners to groom its Mughal Gardens to English perfection. It’s become a tradition to open the Gardens for the general public every February. The entire complex displays a wondrous mix of architectural styles, i.e. the most magnificent Durbar Hall under the main dome, which showcases the best of Indian and British architectural elements. The columns at the front entrance to the Durbar Hall have bells carved into their capitals, following the Lutyens’ reasoning that “the ringing of bells sound the end of an empire and stone bells never sound!”. Despite this, the empire came to an end a brief 16 years later. The guard changing ceremony resembles the one at Buckingham Palace, uniforms, horses, flags etc. included and can be seen every day at 11:00am.

India’s capital shifted from Calcutta to Delhi in 1911. The foundation stone for New Delhi was laid on 15 December 1911 by King George V and Queen Mary under a purposely built Shah Jahani Dome. The ceremony indicated that the British Empire saw itself as the legitimate successor of the Mughals, and the power of the Raj was to be expressed in the same monumental way as Shah Jahan had expressed the authority of the Mughals in Delhi.

Lutyen planned “his” Delhi, the administrative district, on the most spacious garden city lines with the great avenues decorated with classical buildings amongst a lush landscape. Three major visual corridors dominated the layout, linking the governmental district with three other important monuments in the city: Jama Masjid, Indraprastha, Safdarjung’s Tomb[2]. The plan reflects Lutyen’s passion for geometric symmetry, showcased by the sequences of triangles and hexagons, sightlines and axes. It further incorporates generous green space, watercourses and the integration of trees and flowerbeds into the existing landscape. The avenues were kept extremely wide to create a majestic feeling, back then as now capable of accommodating heavy traffic.

Sir Edwin Lutyen was assisted by English architect Sir Herbert Baker. Baker, who predominantly worked in South Africa on architectural commissions, designed the Secretariat Building in an Indo-Saracenic revival style, where he incorporated Mughal and Rajasthani architectural style and motifs into a classic layout. Baker assisted also with Rashtrapati Bhavan and together they designed the Parliament House; built with indigenous Indian materials and by Indian labour, the overall architecture of the building shows strong Indian tradition with plenty of Indian symbols. 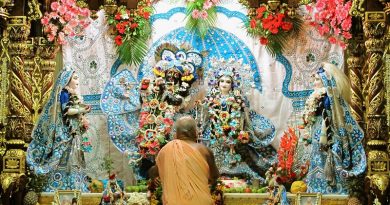 Vrindavan, The Birthplace of Lord Krishna 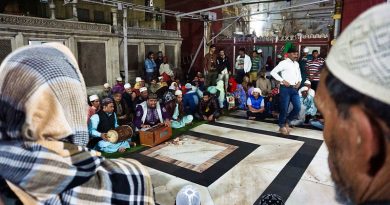 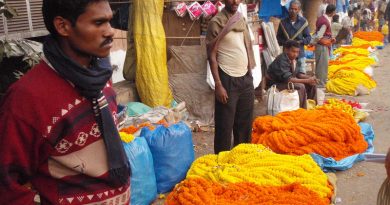 The Top 10 Things To See & Do In Calcutta