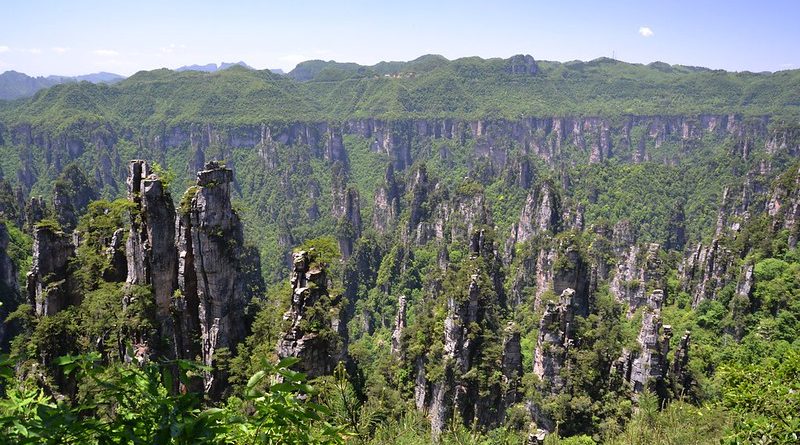 Where: Zhangjiajie, Wulingyuan, Scenic Area, Hunan Province, South-East China
When: In April and October the valleys are at their most lush
Best sights: For ancient China visit the ethnic tribes, for 21st century modernism observe the subtropical mystical landscape from a glass elevator
Remember to bring: A map in English

In China’s Hunan Province, near the town of Zhangjiajie, the ground literally falls away – think the films Hero or House of the Flying Daggers. It’s not hard to imagine Jet Li or Maggie Cheung flying gracefully through this mystical landscape. The mountains have gradually eroded leaving sandstone and quartz pillars of all heights and shapes shrouded in mist and cloud, around which subtropical rainforest foliage climbs up from the valley floor. Within these ravines and gorges are pools, waterfalls, and caves sheltering many endangered species of flora and fauna. Wulingyuan is home to Asia’s largest cave chamber and the world’s highest natural bridge. TheWulingyuan National Park, along with Tianzi Mountain Natural Reserve and Suoxiyu Nature Reserve, makes up the whole of the Scenic Area, covering an expanse of 350 square kilometers.

The climate is subtropical and monsoonal, characterized by plenty of rainfall and sunshine. The temperature in January is around 5C and in July can reach about 28C. Visit during April or October when the valley is at its most lush. Try to avoid climbing the mountains in the rain, since the pathways can be slippery and when you get to the summit you may well be disappointed when you’re greeted by a blanket of thick fog instead of a scenic view.

Wulingyuan is home to three ethnic minority groups: the Tujia, the Miao, and the Bai people, who all have their own languages, traditional cultures, festivals, and architectural styles. If you are amongst the tribes you might be forgiven for thinking that you have stepped back in time, but you’ll quickly be jolted out of your daydream. Wulingyuan is a favourite holiday spot and Chinese and international tour groups are everywhere. This scenic area has been successfully marketed as a key tourist site and tourism in China is mushrooming. Another giveaway that you are in fact in the 21st Century is the glass lift which was installed in recent years. Although it was not to the liking of the World Heritage Committee, it does offer a spectacular view for those too lazy to climb. If you’re more active, there are organised rafting trips and many treks. Be prepared to walk a long way and make sure you’re equipped with a walking stick and a map.

– There is a 45 CNY ($5 US) charge to enter the National Park and you can purchase a map either in Zhangjiajie city or village, but beware they will be in Chinese, so perhaps it’s wise to carry a good guide book with you.

– Make sure you carry sufficient water and food.

Getting to Wulingyuan National Park is not difficult. You can fly to Zhangjiajie City in 1 ½ hours from Shenzen or Guangzhou, among other destinations. Although you may find that you are the only western face on the flight, travellers don’t seem to have cottoned onto the fact that flying is cheap and by far the easiest way to get there. Trains and buses will get you there in 15 to 24 hours.

Chinatravel1.com
For more info on options of how to get to Wulingyuan National Park. 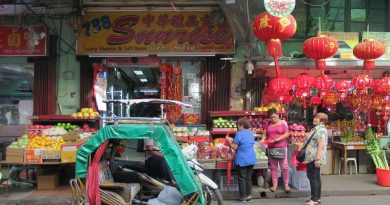 Chinatowns Of The World 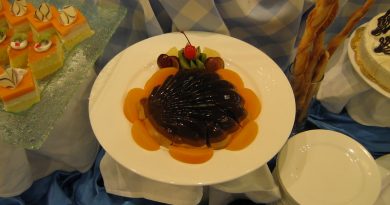 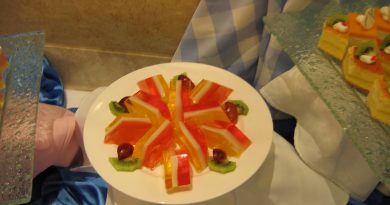