The Turkish diaspora is difficult to categorise due to there being so many disparate population groups as a result of the sheer territorial reach of the former Ottoman Empire. Thus, the definition of the Turkish diaspora is difficult to pin down due to the many different groups of Turks, which include Anatolian Turks, Bulgarian Turks and Cypriot Turks. However, generally speaking, when one refers to the modern Turkish diaspora, they are referring to the settlers in Western Europe, which generally constitutes Turks from the modern-day nation as well as Cypriot Turks. Modern day Turkish population centres include Germany, the United Kingdom and the Netherlands, as well as former Ottoman territories such as Bulgaria.

Turkish migration has occurred for several centuries due to the supremacy of the Ottoman Empire from Asia Minor to as far as Central Europe. This saw the native Turkish population move widely throughout Europe and Asia, and accounts for the Turkish minority populations throughout former Ottoman territories. These cannot be considered part of the contemporary Turkish diaspora. Their national identity is entirely different and they have few, if any ties to Turkish culture.

Turkish Cypriots are amongst the earliest diaspora populations from Turkey. The island of Cyprus was annexed by the Ottoman Empire in 1571 and in the same year, over 30,000 Turkish settlers arrived on the island, endowing it with a Turkish cultural identity, which continues to resonate on the island nation today. The Turkish Cypriot population is often thought to be distinct from the Turkish population, with its own unique identity. It is also one of the earliest modern forms of the diaspora. Following Cyprus’ annexation by the United Kingdom at the beginning of the 20th Century, a large number of Turkish Cypriots fled the country, settling in the UK. This began shortly after the colony’s annexation in the 1920’s and exploded in the mid-20th Century as tensions between the Greek and Turkish populations of Cyprus reached a flashpoint. Further incidents of political upheaval in Cyprus such as the Greek coup d’etat of 1974, have influenced trends of immigration to the United Kingdom.

In modern times, the United Kingdom boasts one of the largest Turkish communities in the world outside of Turkey. It is overwhelmingly based in the capital city of London and mainly clustered around the North London neighbourhoods of Haringey and Dalston. In these neighbourhoods, there are a large number of Turk-owned restaurants and businesses, which give them a unique cosmopolitan identity. The Turkish population is far from confined in these areas and is widely dispersed throughout the city. The ubiquity of late-night kebab shops throughout the city is evidence of the breadth of the community and its cultural impact. The majority of the country’s Turkish population is Turkish Cypriot due to the former links between the two countries, but a large number of Turkish nationals and other Turkish minorities (i.e. Bulgarian and Romanian Turks) are also present in the country.

It is impossible to discuss this diaspora without mentioning its population in Germany, the largest in the world. The Turkish diaspora of Germany is immense in terms of both size and cultural impact. Turks have had some sort of presence in Germany going far back to the days of the Ottoman Empire. The Empire attempted to strengthen its foothold in Europe and in doing so laid siege to Vienna, putting it at odds with the Holy League, which included modern-day Germany. In the following centuries, the Ottoman and Prussian Empires were allied states, which facilitated the movement of people between the two regions. This helps account for historic Turkish presence in Germany. The two shared a strong trading relationship, and this alliance lasted well into the 20th Century. The Ottoman Empire provided military support for German campaigns in the First World War, by which point many Turks had migrated to Germany, especially in major cities such as Berlin.

Turkish immigration to Germany increased significantly as the 20th Century progressed, with a large number of Turks recruited during the ‘economic miracle’ for major construction projects. A labour crisis in West Germany developed as the Berlin Wall cut off the flow of Eastern European immigrants, facilitating a deal with the Republic of Turkey that allowed a large number of Turkish workers to enter the country. By the end of the century, the Turkish population were the largest immigrant population in the country. Their cultural influence on the country is clear, with their cuisine highly popular and regarded throughout the country. The doner kebab is a particularly widespread delicacy in the country. Furthermore, the community overlaps significantly with the country’s Muslim population, having brought the religion to the country. Despite the Turkish community’s prevalence throughout the country and major cultural and economic contributions, it has been faced with repeated issues concerning nationality and prejudice. The success of the community in Germany is emblematic of the country’s growing cosmopolitanism, something that many far-right, xenophobic individuals take issue with. Attempts at reconciling Turkish identity with German nationality have been problematic and contributed to much cultural tension within the Turkish community of Germany.

The Turkish diaspora is one of the most complex in the world due to its range and longevity. Despite this, its cultural impact, particularly throughout Western Europe, is abundantly clear. Its influence on cuisine in particular is deeply resonant throughout the world. 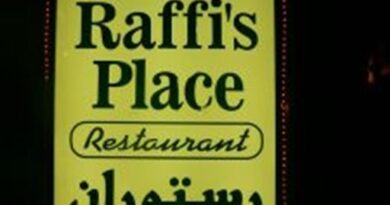