The Russian diaspora is one of the most considerable in the world. Due to the country’s former dominance of Eastern Europe and Central Asia, there are an exceptional number of ethnic Russians found throughout these regions. Particularly significant hubs include Ukraine (8.3 million), Kazakhstan (3.6 million) and Belarus (800,000). The remainder of the former Soviet Union also have exceptionally large Russian populations. Beyond this, the United States’ Russian diaspora numbers over 3 million while Germany (1.2 million), Israel (949,999) and Canada (550,000) also have significant populations, giving one an idea of just how widely dispersed this particular diaspora is.

The Russian diaspora has a fairly recent history, something which is surprising given its immense size. However, when one takes into account the sheer vastness of Russia’s geographic size and its former reach, this is fairly understandable. Notable exceptions to the rule included Russian Jews and other ethnic minorities such as Poles, who fled to escape the Russian Empire’s brutal pogroms. Russian emigration generally took place during its time under Communist control and is categorised in three separate phases.

The first of these took place in the wake of the 1917 Revolution, which saw centuries of Tsarist autocracy collapse and become bitterly replaced by a Communist regime. As a brutal civil war gripped the former Empire and the Bolsheviks consolidated their grip on power, a large number of Russians fled for abroad, particularly those with aristocratic roots or with close political ties to the deposed royal family. Furthermore, those fearing the incoming regime fled, including a large number of artists and writers. Those who fled in this first wave were termed ‘White Emigres’ due to their participation or connection to the White movement in the Russian Civil War. They mainly settled in the United States, the United Kingdom and France. This set of emigres were not united by a single ideological conviction, with many broadly anti-Communist and generally retaining an adherence to Russian Orthodoxy, something rejected entirely by the new Communist regime.

The Second Wave of Russian emigration occurred in the aftermath of the Second World War. In the inter-war period, as Stalin’s Communist regime reached the peak of its powers, emigration was severely restricted. The chaos of the Second World War provided a platform for several dissidents looking to escape the brutal regime. The majority of these included Prisoners of Wars and anti-communist forces, who seized the opportunity provided by the for of war to escape the Communist regime. These Russians settled throughout the world, including the United States, the United Kingdom, Germany, Australia and Canada. Following the establishment of the state of Israel, a large number of Russian Jews settled there, seeking a break from their anti-Semitic treatment during and prior to the Second World War.

The Third Wave of Russian emigration is a combination of those who left after the death of Stalin but prior to the collapse of the USSR, and those who left en masse afterwards in the 1990’s. Many of these people left during the 1970’s and mostly consisted of ethnic minorities such as Jews and Armenians. The collapses of the USSR and Communism in 1989 saw considerable population movement in Russia and throughout its surround territories as the borders were redrawn.

The United States’ Russian community is the largest outside of Europe, exceeding 3 million. It has a long history pre-dating the traditional waves of Russian immigration. The first wave of Russian emigration to the United States coincided with that of most other European populations in the late 19th Century. The majority of these were Russian Jews escaping the brutal series of pogroms enacted by reactionary leader Tsar Alexander III. The majority settled in New York City and elsewhere on the country’s East Coast. Many more fled following the First World War as anti-Semitic sentiments intensified and the Bolsheviks rise to power. A large number of the ‘White Emigres’ settled in the United States, including esteemed composers Igor Stravinsky and Sergei Rachmaninoff, novelist Vladimir Nabokov and former Prime Minister Alexander Kerensky. The immigration rate slowed during the Soviet era due to heavy restrictions but resumed during the Brezhnev era, which was defined mainly by economic stagnation, prompting mass immigration to the far wealthier United States. Perestroika and the collapse of Communism catalysed a huge wave of Russian immigration to the United States. Again this mainly consisted of Russian Jews. Major Russian enclaves in the Untied States include New York City, particularly the neighbourhood of Brighton Beach.

A large number of Russian Jews, believed to be nearly one million, have relocated to Israel since the state’s establishment in the wake of the Second World War. This is in addition to Russian Subbotnik families, Russian Jews who settled in the Middle East in the 19th Century. A large number of Orthodox or non-religious Russians also live in Israel.

Eastern Europe is understandably the largest centre of the Russian diaspora due to its proximity and historical relationship. Ukraine is, by an overwhelming distance, home to the largest Russian diaspora population with over 8 million. The relationship between Russia and Ukraine is notably strained due to a history of conflict and issues of national identity. Other countries in Eastern Europe and Central Asia also have significant Russian populations due to the transient borders between the countries over the past few centuries.

The Russian diaspora is one of the most unique and vast in the world. The country’s own questions of national identity have been a major source of inner conflict for several centuries as the region’s borders have been regularly redrawn. The rise of the USSR and the Eastern Bloc in the 20th Century has only complicated this further. 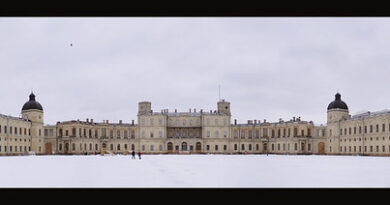 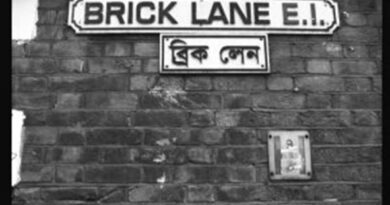