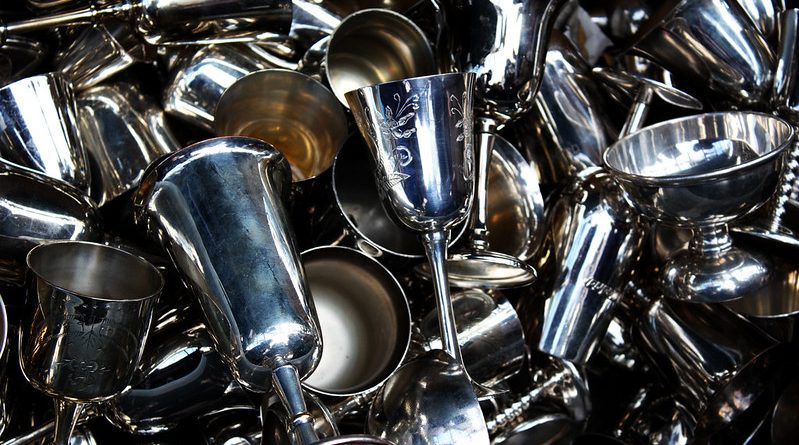 Where: Silver Vaults, Chancery Lane, London, UK
What’s in store: The highest quality collection of silverware in the UK, from rings and candlesticks to silver chairs
Bag a bargain: All traders in the vaults sell ‘hallmarked’ silver which means it contains 92.5% pure silver, prices for small trinkets start at $20 US

Hallmarking – the mark of quality

English silver has such a solid international reputation because the law dating back to the 1300s states that any item weighing more than 7.78 grammes and sold as silver must be hallmarked as such – including imports.

Hallmarking today takes place at one of the official Assay Halls in London, Birmingham and Sheffield, the main silver producing centres, however there are plenty of historic Assay marks to be found for offices which no longer exist, such as Chester. Here, tiny flakes are shaved off an item and tested for their purity by various scientific processes. Sterling silver is actually an alloy made up of 92.5% pure silver combined with harder metals, without which it would be too soft to be made into an object of any functional purpose.

The hallmarking procedure dates back to the 1300s, and originally consisted of just a leopard’s head. Now it is made up of the Maker’s Mark (his initials), 925, the lion passant, the stamp of the Assay Hall and the date letter. You might need a magnifying glass to make out the components on smaller objects, but rest assured a hallmark is extremely unlikely to be forged. Strict of penalties have protected against this since the earliest days – though you’d no longer be publicly hanged for the offence you would still get a hefty prison sentence even today.

London’s Assay Hall is Goldsmith’s Hall, not far from the London Silver Vaults. Between 4000 and 6000 silver items are tested for their authenticity each day, and more than 99% pass muster.

The enchanting underground London Silver Vaults in Chancery Lane, the heart of the City district, are world famous both for their unique history and the incredible variety of items made from this precious metal.

The London Silver Vaults began life in 1876 as the Chancery Lane Safe Deposit, where London’s wealthy elite could store their valuables, secure in the knowledge that they were guarded day and night. Over the years the original clientele began to be replaced by silver dealers who needed somewhere safe to store their stock. Word spread that this was a place where the general public could come to buy direct from the dealers at wholesale prices, and when the original Vaults were destroyed during the Blitz, they were rebuilt in their present form, of 37 individually-run shops in 1953. The original door still remains however – at three feet thick absolutely impenetrable to would-be plunderers.

The community of dealers in the Vaults is close-knit, and characters you’ll find, many of whom have taken over the business from their fathers and grandfathers, are always ready to advise and inform about what’s on offer here. Between them, the Vaults boast a remarkable collection of antique and new silver – not only from England but also from other parts of the world. There’s everything from rings and vases to candlesticks and even solid silver chairs from the Maharajah’s palace, and prices range from around $20 to $1,700,000.

Dealer: waxantiques – An example of the spectacularly fine silver that can be found at the London Silver Vaults 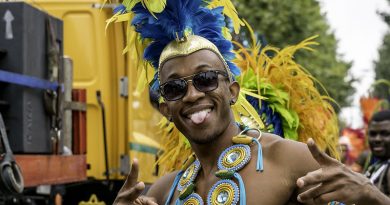 My Notting Hill, My Carnival 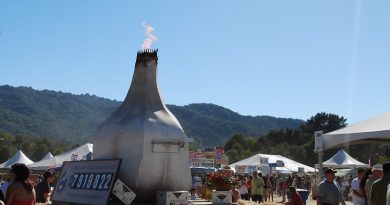