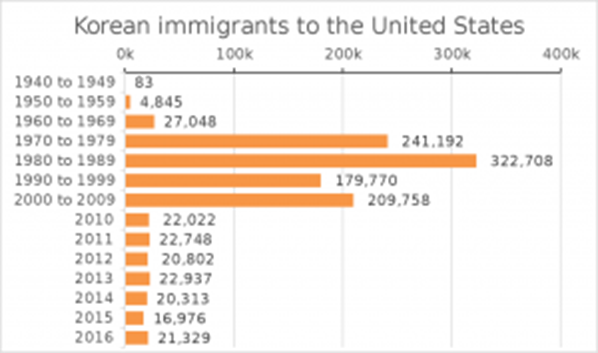 Overall, the Korean diaspora is comprised of around 7 million people. This includes Korean-born emigrants as well as the descendants of emigrants. This total includes people from all parts of the Korean Peninsula, including the modern-day states of North Korea and South Korea. The Korean diaspora extends throughout the world but is principally based in three countries-China (home to 2.5 million ethnic Koreans), the United States (2.5 million ethnic Koreans) and Japan (818,000 ethnic Koreans). These three countries account for nearly 80% of the overseas Korean population. Despite this, significant Korean populations also exist in Canada  (240,000), Uzbekistan (181,000), Australia (180,000), Russia (169,000), Colombia (120,000) and Kazakhstan (109,000).

The Korean Peninsula was notably isolationist and homogenous for many years. It was not until the latter half of the 19th Century when mass-emigration from the region began. Their main destinations were Eastern Russia, Central Asia and Northeast China. They were motivated by the attempts at economic modernisation within the Russian Empire. This accounts for the major Korean population hubs in these countries. 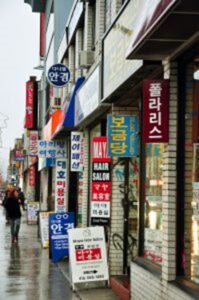 As Korean emigration increased in the 1960’s, the major hubs of the United States, Japan and China remained the most significant destinations. However, other new countries emerged such as the United Kingdom and Germany in Europe, and Colombia and Brazil in Latin America amongst several others. These populations remain intact today, although are fairly small. 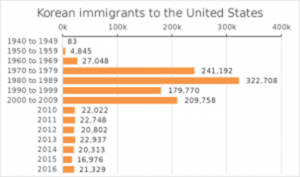 The United States, in spite of the tensions caused by the 1992 Los Angeles Riots, remains a focal point of the Korean diaspora with the main bases being in Los Angeles and New York City, as well as the cities’ surrounding areas.

New trends within the Korean Diaspora have emerged in recent years and due to the prevalence of South Korean corporations around the world, many wealthy businessman and entrepreneurs travel abroad on their companies’ behalf. The development of Southeast Asian countries such as Vietnam, Cambodia and the Philippines has seen rising Korean emigration to these countries. However, the same three countries with extensive history of Korean emigration-China, the United States and Japan-remain the central hubs of the Korean diaspora today. 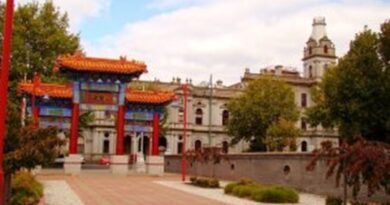 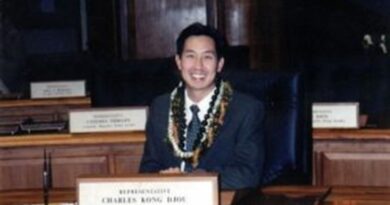