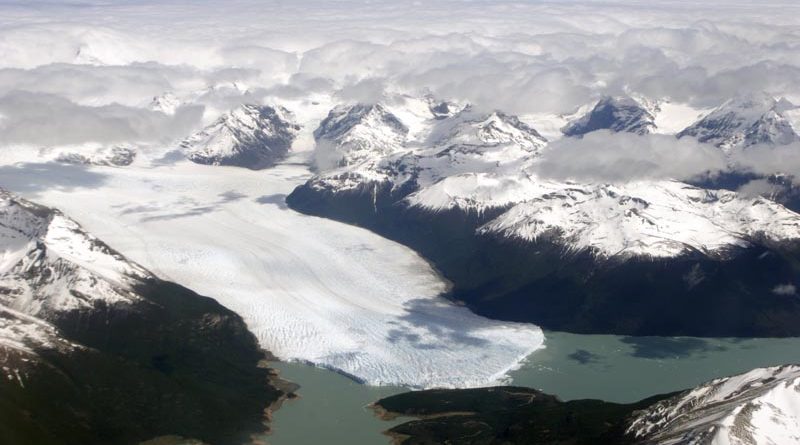 “The Southern Patagonia ice field which stretches across both Chile and Argentina is the third largest in the world ,after those found in Antarctica  and Greenland, covering  an area of almost 5,000 square miles.

About half of the icefield can be found in Argentina in the Parque Nacional Los Glaciares. Created a UNESCO world heritage site in 1981, it contains more than 300 glaciers. It’s most famous and one of the largest  and most spectacular  is the Puerto Merino Glacier.

The glacier has become one of Argentina’s most visited tourist sites. Boats take hundreds of tourists each day to within a few hundred metres of the glacier’s  solid ice wall .

You can also view the glacier at even closer range on tastefully constructed walkways which almost overlook this extraordinary phenomenon.

This national park also contains giant lakes and fjords and chartered boats take tourists even deeper into the park navigating inland waterways dotted with icebergs and rimmed by spectacular cliffs and mountain peaks.

Over a hundred  years ago pioneering settlers also came to this desolate, isolated but beautiful landscape attracted by huge land grants handed out by the Government in return for undertakings to raise sheep on giant haciendas at the height of the wool boom .

Deep in the park the Estancia Christina was established by Englishman Percival Masters and his wife Henrietta who lived here for the rest of their lives raising two children , Herbert and Christina.

Christina died young but Herbert worked the hacienda , which at its height had 14,000 sheep until he died in 1984.

The shearing  sheds and other buildings including a waterwheel constructed to bring water to the hacienda, are still here

Before  he died Herbert married Janet , who originally cared for his ailing parents, so the estancia could remain in the family after it was  decreed by Government that it would become  part of the newly created national park  once the last family member died, which Janet did in 1992.

The estancia now offers tours ,through a spectacular and isolated glaciated landscape,  to view some of the most awesome glaciers in the national park of which it is now a part.

These include the largest, the Uppsala  glacier, named after Swedish scientists from Uppsala University who came to explore these extraordinary remnants from the ice age .

Above and beyond the ice, layers of rock  from these glaciers are clearly visible all around as are fossils formed over time.

In addition to scientists,  polar explorers came  here to acclimatise for polar journeys, and formed close bonds with its custodian Herbert Masters.

Today the original Christina boat ,built using instructions from a Popular Mechanics  magazine  , lies rotting and isolated in a remote corner of the hacienda which is also named after Herbert’s sister .

But the extraordinary icefields and glaciers ,which have been here since the beginning of time, remain. They are now part of an incredible national park .The precious ice fields of Patagonia do what they have always done – acting as climate regulators – reflecting back light into the atmosphere and providing a huge fresh water resevoir for the planet” 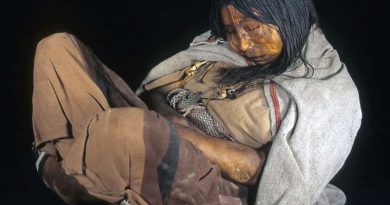 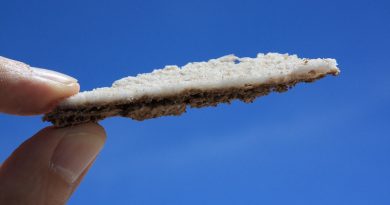