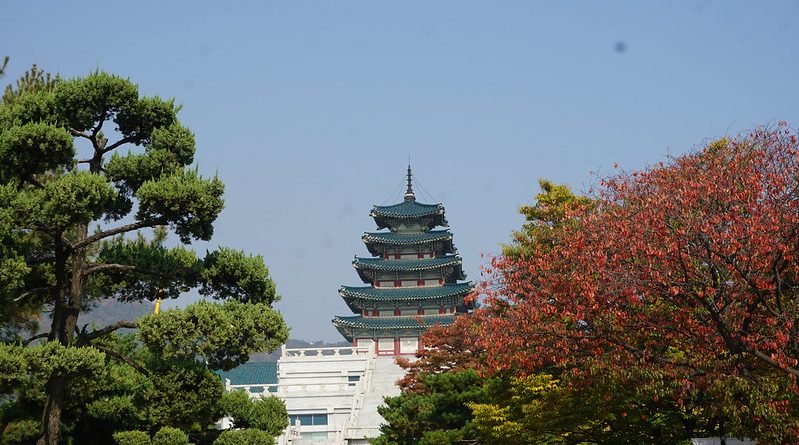 As the yangban – a traditional Korean nobleman – dances to the sound of a gayagum harp, laid on the floor and played meditatively in the lotus position, his smoothly undulating, slow-motion movements become instantly bewitching. His delicate silk robe, finely tailored in a minimalist, yet commanding cut, cascades from shoulder to feet in a blinding and deafening scene of snow white, brought simply around his waist with a humble raw cotton rope, a coexistence of contrasts.

Whiteness may mean clarity, purity, spiritual exaltation, or, intellectual intolerance in the traditional Confucian way… Gayagum notes do not run into each other and mesh into a symphonic melody as we are accustomed to in the Western world. Instead, each note is held beats apart, and stands on its own.

It imparts unique qualities of its own personality, in a desperate desire to uphold an uncompromising integrity. As each note is struck and held according to the unpredictable, yet subtly faithful beats of the alternating stick, finger and palm taps upon the tensely held, yet worn bull skin that surmounts the surface of the traditional Korean wooden drum, like aged wine skin, the melody becomes the face of the story it tells.

As the story unfolds in non-verbal narrative, the yangban’s body and feet move according to the strumming of each harpsichord and drumbeat. The holding and letting go, the tightening up and playfulness, the speed and urgency, the clarity and silence of an empty bell, and then the unbearable vibrato of that one high note, reminds us of the Blues. The reaching beyond the depths of our emotional capability to reveal for a moment the densest joy and melancholy, darkest secrets and truth, the silent cry, that is the power of the sound of the Blues, whether from our deep South or in South Korea. When a note is held to that undeniable altitude and vibrato, one hears the inaudible sounds of a Blues singer’s vocal chords.

In fact, pansori is specifically the art of the traditional Korean Blues. It’s an extreme form of throat singing that takes a lifetime of artistic training in traditional techniques, poetry and arts. It tells of the melancholy of the lover who watches her yangban depart indefinitely and disappear around the curvaceous mountain paths of her valley; of the black crow that sings of impending doom and marks the savage despair and destruction of war; of the rivalry of brotherhood; of the father who secretly blinds his own daughter to salvage her pansori and their means of livelihood, and even of the turtle and the hare.

Most vocal channels would not survive the physiological stress of pansori. In fact, modern medicine has illustrated the extremely dilated anatomic state of the pansori larynx. At the highest and most forceful notes, a listener’s intellect can be pained at the feat, but always, always, begs for more. But tonight, there is no pansori soloist, solely the distinguished movements of the yangban, the echoing strumming of the gayagum, and the faithful march of the drum, like the sound of very distant thunderbolts – they interlock in a secret affair, against the pitch darkness of the stage.

Actually, a yangban would in reality only dance against the masculine sound and instrumentation of the traditional drum. It would be a kisaeng – a highly talented concubine -which would perform to the chords of the gayagum. But in our exploratory stage of the senses, the yangban has honored us with a unique performance.

His chin is always held high, regardless of the dips of his shoulders, arms or upper body during dancing. Even when he nods, his chin is still held dignifiedly high. As one black silk sandaled foot lifts off the floor, the opposite arm goes gently up, shoulders first, arms follow, hands last, like the creeping appearance of a giant serpent from lake level or the initially demure rising of a swallowing ocean wave. As he finally extends his arms and points his closed bamboo fan to an unknown horizon, the length of his silken sleeve extends from shoulder to fingers and the width drops from torso to the hem of his robe.

The mysterious imagery illustrated in the air through the gliding movements is reminiscent of the ever present, yet elevated state of consciousness during the dance of theSufi whirling dervishes, even as his black silk hat, perfectly starched, permeable and see-through, points high into the heavens, signifying higher order thinking. 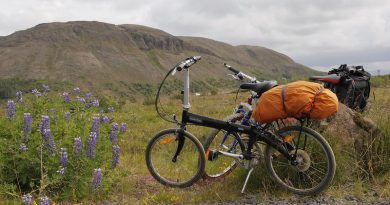 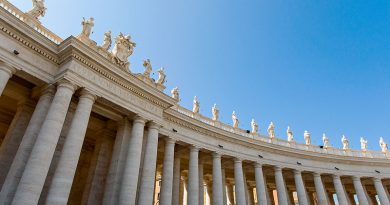 The Top 5 Things To See & Do In Vatican City 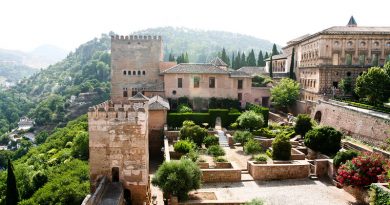 Battles and Bombs: The Palace of Alhambra