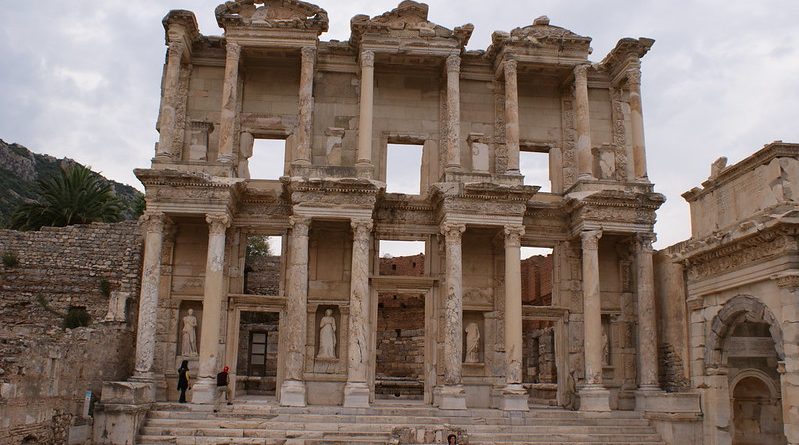 When: Founded in 1000 BC, developed by Greeks & Romans until the 2nd Century
Where: Aegean Turkey
History: Wealthy trading centre of illustrious fame and fortune
Don’t Miss: Massive 25,000 capacity ampitheatre

Watch a clip – Take A historic tour of the city of Ephesus, one of the best preserved classical sites in the world

The city of Ephesus, not far from SelV uk in Aegean Turkey, is one of the largest and best preserved classical sites in the world. Archaeological evidence suggests that the site was inhabited as early as 1000 BC, and three millennia later it continues to attract as many as 2 million visitors every year.

According to ancient legend, an Athenian named Athenaeus planned to found a new city in Ionia. He asked an oracle where the best place to build his city would be, and she responded with a riddle: ‘choose the site indicated by the fish and the boar’. Athenaeus was perplexed by the cryptic answer, and, pondering what it could mean, sat down to dinner with a group of fishermen. One of the fish they were cooking flipped out of the fire and a nearby bush was ignited by the hot coals. A wild boar which had been hiding in the bush fled the flames, and was killed by the fishermen. TheTemple of Artemis was built on this very spot.

Fact or fiction, archaeologists believe that the harbour in a loop in the Cayster River dates back about 5000 years. A sanctuary of Artemis was situated nearby from about 800 BC, and the first settlement was built in the 7th century BC. The prosperous little town was the object of envy of Croesus, King of Lydia, who attacked it in 600 BC. The Ephesians hadn’t built a wall around their town and they tried to secure the protection of Artemis by stretching a length of rope from the temple to the town – a distance of 1200m. Croesus was so tickled by their primitive strategy that he donated funds for the completion of the temple. Nonetheless, he destroyed the town was destroyed and forced the citizens to relocated further inland.

The temple of Artemis was destroyed in a terrible arson attack in 365 BC, by a fame-hungry lunatic named Herostratus. The Ephesians planned to build a new, even grander temple, which was under construction when Alexander the Great came to Ephesus. This spectacular new temple was ranked among the Seven Wonders of the Ancient World.

Alexander’s successor, a general named Lysimachus, noticed that the harbour was becoming clogged with silt. He forced the inhabitants of Ephesus to relocate to the west of Mt Pion, so that their commerce would not suffer. The new city, little of which now remains, was dedicated to Lysimachus’ wife, Arsinoeia. When Lysimachus died in 281 BC the city came under the rule of Pergamum.

In 133 BC, Ephesus was handed over to the Romans. The ruins which still exist on the site today date from this era, when the Romans constructed many public buildings to reflect the wealth of this important trading centre. The city also benefited from the thousands of pilgrims who flocked to Ephesus each year to see the world famous Temple of Artemis.

Ephesus’ fortunes turned in 262 AD, when an earthquake destroyed much of the city. The treasury at the Temple of Artemis was looted by Goths, whose ship sank in the Aegean Seas, as they fled the scene of the crime. Despite the best attempts of a succession of Roman Emperors, the river continued to deposit silt into the harbour, and eventually Ephesus was forced to cease trading.

Visitors should allow at least a day to explore Ephesus in full. Impressive public buildings, streets and private houses give an insight into daily life in the ancient Roman Empire. If time is short, be sure not to miss:

The Great Theatre – The first theatre on this spot was built in the time of Lysimachus and was reconstructed by the Romans between 41 and 117 Ad, retaining many of the original Hellenistic style features. It was the centre of the social scene for wealthy Ephesians, where gladiatorial games and dramatic performances were held. It had a seating capacity of 25,000, and plays are still put on here today.

The Library of Celsus – The library was built in memory of Gaius Julius Celsus Polemaeanus, governor of Asia Minor in the 2nd century,who was buried under the west wall. It originally held 12,000 scrolls.

The Sacred Way – Marble paved street on which you’ll find the agora or ‘marketplace’, the brothel and Embolos, or ‘central Ephesus’.

Temple of Hadrian – a beautiful Corinthian style temple with extravagant reliefs was built in 118 AD, and dedicated to the Emperor Hadrian, Artemis and the people of Ephesus. 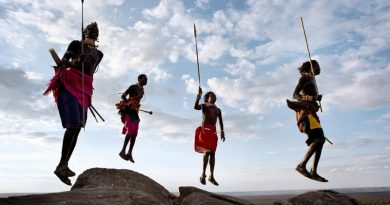 Culture and Eco -Tourism in Kenya 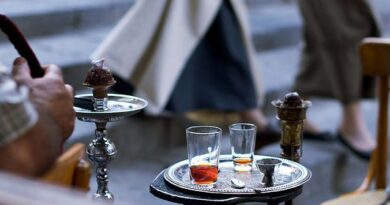 Syrian Drinks: Repast in a Teacup 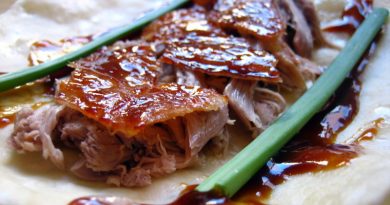